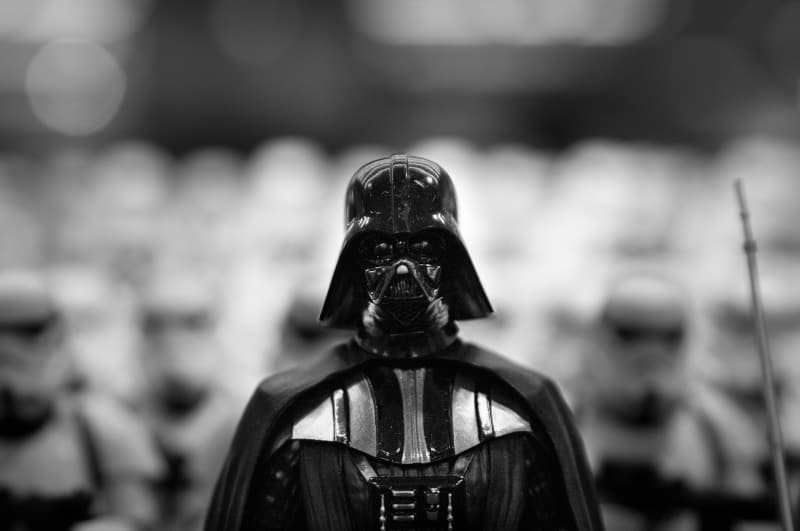 What’s in a name? Unusual job titles in tech

The labor market is without a doubt a very competitive place, both for potential employees and employers as well. Companies are coming up with a variety of ways to attract new candidates, for example, through the system of work, benefits, or office equipment. The fight begins at the level of ads which attract attention with creative content or graphics. Some go even a step further and in order to stand out, they call certain jobs in a very original and unusual way, including on their LinkedIn profiles.

We’ve gathered some examples of a creative approach to job titles and advertising job offers.

All of these words have well-defined associations. Ninja connotes excellent training and speed, guru is charisma and authority, and rockstar is just an amazing person like Mick Jagger or Elvis Presley. No wonder that marketing and employer branding specialists use those words in job titles because in a way they distinguish the offer from dozens of others. Today anyone can become a ninja: web developer, programmer, social media specialist, DevOps, marketer, etc. However, it’s important to remember that these names should be used only with really unique offers so that they are not just empty misleading words. A rockstar who is “just” a developer or a guru who deals with “ordinary” testing – those may backfire and discourage job seekers who will immediately see through such an offer.

A position that sounds like a reference to a super modern army or “Star Wars” is actually a website manager (which, let’s be honest, doesn’t sound that exciting anymore.) The tasks include ensuring that websites work well, monitoring their performance, creating content, preparing reports and updating software. The responsibilities and job in itself may be standard, but certainly many people seeing such an unusual name will picture Lord Vader tapping away on the laptop.

Forget about Matthew, Mark, Luke, and John. The evangelists of the 21st century are people who are responsible for promoting and building support and enthusiasm for given things. They need to have excellent knowledge and passion in a given field to “infect” others and convince them of their or their company’s vision. This meaning of the word evangelist was created by Guy Kawasaki, who was responsible for promoting the Macintosh computer in the eighties. In short, an evangelist is a person who has amazing skills when it comes to sales, marketing and communication.

Is it even possible to see hackers in a good light and associate them with ethical motives? It is if we call that a Penetration Tester responsible for checking the security level at the company. Such tester performs a controlled attack on ICT systems to find  potential weak points and highlight the strengths. This differs from the standard hacker because the Ethical hacker has the official consent of the owner of the system to hack it, and after completing the task, he prepares a detailed report. If someone in his youth watched the movie “Hackers” with Angelina Jolie and wanted to be just like people in the movie, but didn’t quite like the option of breaking the law, it could be a perfect job for them.

In addition to more negative associations, the word “hack” also has a more positive meaning as an improvised solution to a problem. One could say that such a solution is a bit ugly, but it definitely works well. Growth hacker is, in fact, a marketing specialist who deals with finding ways to grow a business through the use of new, creative and sometimes unusual techniques. Combining marketing with development, they help to create and implement appropriate strategies.

Swiss army knives are one-man bands. You won’t find job offers with this title, but if you type “swiss army knife” in the LinkedIn search engine, you will get over 6000 results. In IT, those are mostly web developers who develop applications, write code, create graphics, decide on the layout of the page and cooperate with clients or management to develop a strategy. However, this name can really be used for any profession that requires versatility and skills in several areas.

Sherpas operate in high mountains and help to carry loads to places which are hard to reach. It is then easy to guess that the sherpa of innovation will provide ideas, which will help the company climb to the top. Innovation Sherpa supports and improves processes within the company and introduces changes by having the outside perspective and in turn, making objective decisions. Wizard of Lightbulb Moments has a similar function and, in addition to introducing innovations, they also deal with marketing.

In 2014, Apple was looking for people to operate coffee machines in one of the offices in Santa Clara. In order not to sound boring and fit into the vocabulary used by the company, instead of calling the job in simple terms, such as barista, Apple decided to advertise it as iCup Technician. Obviously, the job no longer accepts applications, but you can still find the ad on the internet: 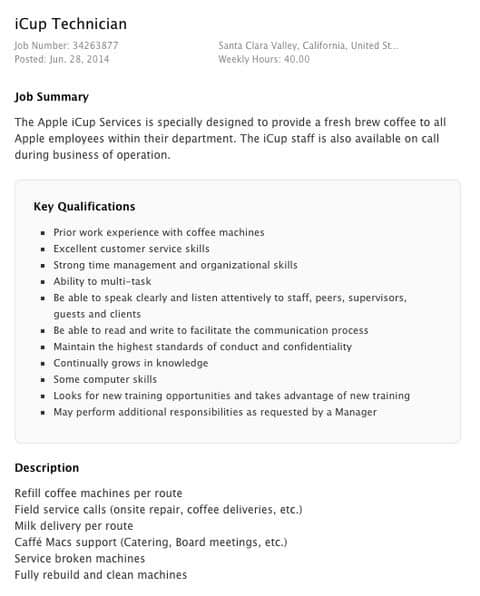 Unusual job titles certainly attract attention. On the other hand, people whose positions are called such ways on LinkedIn may be omitted by recruiters when they search for candidates.

Do you think it’s a good idea to call a job an unusual name? How do you react to offers that use such names?