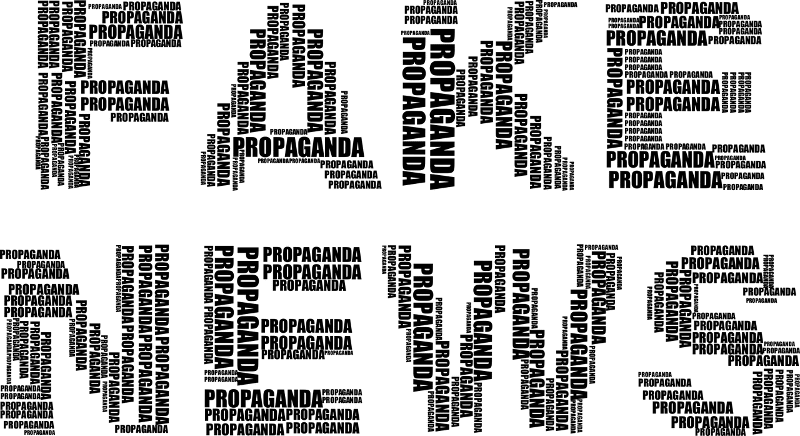 The era of fake news and fake CVs

COVID-19 pandemics has been planned and will last until March 2025… The coronavirus can be transmitted through the 5G superfast internet technology network that is detrimental to people around… The government will forcefully microchip Poles… These are only some examples of the false content we consume daily. Redone, photoshopped images, old films from distant locations illustrating current news, manipulated statements, incomplete stories, deepfake videos…

Undoubtedly, information is a powerful weapon nowadays, often becoming viral misinformation. But amplifying the truth is also more and more common when it comes to our career paths. And in the case of fake CVs, the stake is often landing a good job, with a renowned company. To get it, people lie about their professional experience (required also in entry-level positions), skills, education, or current salary. Work responsibilities and achievements are also crucial areas. What’s more, some candidates can’t even resist altering their date of birth or making up “interesting” hobbies. Luckily, there are some ways to spot the major discrepancies between the resume and the grey reality. It’s worth applying them if we don’t want a person with insufficient qualifications or a tendency to lie onboard.

Why do people behind fake news lie? What can they possibly gain? Their purposes are often of political (like in hybrid warfare) or ideological kind, sometimes going along with conspiracy theories. Plus, there are scammers whose aim is to get people’s data or money. Quite regularly, fake news appear out of stupidity and for pointless entertainment. It’s pranksters’ specialization to make “jokes” and buzz over the web. Sometimes, fake news occur because somebody misinterprets source materials, or makes a mistake translating them. Hasty moves and tight deadlines in editorial offices certainly aid such mishaps.

But it’s deliberate actions that are the most problematic. Interestingly, there are dozens of fake news generators available over the web, encouraging to “break your own news”. You may create the newspaper’s front page or a breaking news meme, looking like a live TV news screen. All you need is to upload your image, write the headline encompassing the story, and fill out the ticker. Some pages even encourage to “wind your friends up”, and “become a celebrity”. It’s OK if you only show it to your friends. But we all know it doesn’t work that way these days. Your fake news may easily get out of control, and become viral, even worldwide.

Fake news may come to mainstream TV programs or website news portals easily, due to the need for infotainment. Now, even the renowned media incorporate funny “news” and movies from the web, trying to get more attention. The pressure to attract as many people and as fast as possible can make the phenomenon grow. The temptation to be the first on the web may outweigh the sense of duty to double-check the facts. On the other hand, many news agencies, newspapers, and other mass media have their own news-checking teams, debunking rumors.

But fake information has been a growing problem within the recruitment industry, too, according to various research. Currently, roughly 50% of applicants lie in their resumes – a survey by Robert Half’s Office Team indicated. We can see a sharp, 25% rise in that regard when compared to the 2011 research. Also, in 2017, 85% of employers spotted a lie in candidates’ CVs, compared to 66% in 2012. These are the results of the Employment Screening Benchmark Reports by HireRight. And the research by Challenger, Gray & Christmas, Inc. highlighted the areas most affected by overstatements. These included the current salary (27%), work responsibilities (19%), work skills (17%), work achievements (15%), and education (12%).

Dishonest candidates have always been there but, surprisingly, the more possibilities to verify data, the more people lie. How is it possible? This may be the result of a tighter competition over the limited number of good jobs. Those with great pay and generous benefits packages. It’s way better to land a job with a renowned company or prestigious organization than with a “regular” employer. And this makes many candidates fight for their future hard. Probably, they become even more desperate to get any decent job during the economic downturn.

If the lie is spotted, this will certainly end the candidate’s career path within a given organization. But many applicants say that they “only” try to adapt to changing circumstances. They know that recruitment agencies normally use Applicant Tracking Systems for pre-screening candidates. Thus, they enclose specific, sometimes untrue, phrases to try to catch the recruiter’s eye yet at this early stage. Of course, it’s only a white lie in their own eyes.

For that, pre-screening, background checks, and verifying the information on candidates as soon as possible is crucial. We shouldn’t wait until the face-to-face meeting, not mentioning further recruitment process stages, with it. Firstly, we need to perform a meticulous check of educational institutions and companies’ names. As well as time frames of their presence on the market. It’s good to actually call them or even dig deeper, as their websites may also be fake. Additionally, we may verify online things like licenses, degrees, titles, and educational credentials. And in the case of skills, asking the candidate to perform a short writing task may bring the answer.

Nowadays, more and more candidates know it’s good to incorporate impressive facts and figures in their CVs. These may be achievements like a huge rise in sales, or a significant administrative cost reduction. But what seems to be too good to be true certainly deserves more scrutiny. The first thing to do is calling a person in question, asking for clarification. It’s great to ask about some details, methods, who also was involved in the project, etc. Any incoherence in answers, suspicious, nervous reactions, or using some obvious cliches are bad signs. Also, if we find a discrepancy between the resume and information made public on LinkedIn, we should be wary. Plus, we may check references and testimonials placed there, and find out what the candidate’s colleagues have to say.

In some countries, one may even hire specialized companies offering education and experience checks, but also some extensive services. These are, for instance, the criminal record check and drug screening record, credit bureau inquiries, and academic qualification check. All these may be expensive and time-consuming but the real cost of a bad hire is surely much higher.

This website uses cookies to improve your experience while you navigate through the website. Out of these, the cookies that are categorized as necessary are stored on your browser as they are essential for the working of basic functionalities of the website. We also use third-party cookies that help us analyze and understand how you use this website. These cookies will be stored in your browser only with your consent. You also have the option to opt-out of these cookies. But opting out of some of these cookies may affect your browsing experience.
Necessary Always Enabled
Necessary cookies are absolutely essential for the website to function properly. This category only includes cookies that ensures basic functionalities and security features of the website. These cookies do not store any personal information.
Non-necessary
Any cookies that may not be particularly necessary for the website to function and is used specifically to collect user personal data via analytics, ads, other embedded contents are termed as non-necessary cookies. It is mandatory to procure user consent prior to running these cookies on your website.
SAVE & ACCEPT
error: Content is protected !!
12 347 07 76