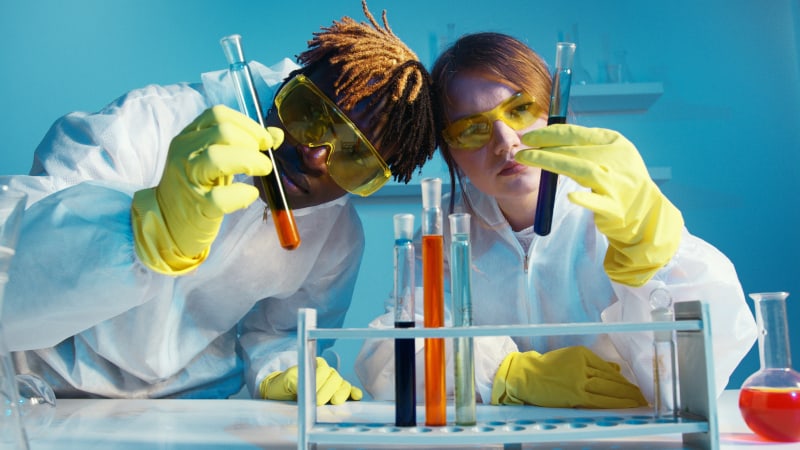 Drug and alcohol testing – what may change soon

One shouldn’t work when drunk or intoxicated in general – that’s obvious for the majority of the workforce, not only employers. Performing professional duties following substance use may have grave consequences in many regards. Diminishing cognitive abilities, recklessness, and overestimating own possibilities are only some of the significant repercussions. And the outcomes may be even more lamentable and include dangerous accidents and material losses caused by human errors. But drinking alcohol or taking drugs may be detrimental to the team’s morale and team spirit, diminishing its performance. Team members may waste time on things like covering for colleagues using substances, gossiping, and taking time off.

And drug and alcohol testing may seem like a perfect solution to such problems but it’s not that simple. There are professions where it tends to be more reasonable, and often is legitimate, too. For instance, in the US, safety-sensitive workers need to undergo Department of Transportation drug and alcohol tests. Transportation industries, branches, or areas they represent include aviation, trucking, mass transit, pipelines, and railroads. In the UK, we may find drug and alcohol testing in such safety-critical areas as energy generation and construction. These days, tests are more and more detailed and all-encompassing. In the case of drugs, tests may trace the presence of such substances, as marijuana, opioids, amphetamines, and steroids. Cocaine, barbiturates, PCP, and even nicotine are also on the list. As we can see, some of the above-mentioned substances are prescription drugs.

Drug and alcohol testing in Poland – the current situation and prospects

For now, preventive or random checks to trace employees within the state of being drunk or drug intoxicated, are impossible. In Poland, those are understood to belong to health assessment, and such data cannot be gathered without an employee’s consent. That’s the GDPR’s standpoint. Moreover, the test may only be run by the police or another law enforcement authority. And taking blood may only be performed by a person with proper professional qualifications. However, the manager cannot allow an employee to work in the case of a reasonable suspicion that they are drunk. Nevertheless, the Supreme Court once allowed random checks, and common courts pass contradictory sentences in this regard.

Undoubtedly, such conflicting regulations require a profound change. That’s why, the Polish Ombudsman, called Ministry of Economic Development, Labour and Technology to advance working on this issue. It was in December 2020. He pointed out that creating clear legal regulations on verifying the employees’ sobriety is crucial. As a result, a preliminary bill has been prepared that may dispel the employers’ doubts regarding the current regulations.

Drug and alcohol testing in other countries: USA and UK

But there are countries where everything has been clear – and also restrictive – for a long time. As for the US, employers can test for drugs and alcohol not only the current employees but also candidates. This is the general rule but regulations differ greatly depending on the state. There are some, like Nevada, where only state agencies are the employers covered. In others (for instance, in Oregon) this encompasses all employers.

As for applicant testing, sometimes it’s simply authorized as a condition of employment (e.g. in Idaho). Nevertheless, in some cases, e.g. in Florida, advance notice to the applicant is necessary. If the candidate refuses to submit to the test, this may be a basis for not hiring them. In Kansas, where covered employers are state government, job ads for safety-sensitive jobs must include information on drug testing required.

In the case of employee testing, sometimes it is not subject to restriction. In other cases, it is authorized on reasonable suspicion of substance abuse. Or, even, in certain states, random testing is possible, „for job-related purpose, consistent with business necessity”. Employers in the US perform drug and alcohol testing in a variety of ways. Some of the methods include urine, blood, as well as mouth swab drug and alcohol tests, and breath alcohol tests. Employees should also be ready for things like hair drug tests, or sweat drug screens.

And taking the UK into account, it’s the employers’ duty to ensure a safe workplace for employees. It is so under the Health and Safety at Work Act 1974. This legal act, however, doesn’t impose an obligation or a „strict requirement to carry out testing of staff”. However, it implies providing the staff with clear rules regarding coming to work when drunk or intoxicated.

Substance abuse during the Covid-19 pandemic – a growing problem

The sobriety issue has become especially vital during the COVID-19 pandemic and the remote job dissemination. Being stuck at home, and spending hours in front of the computer is something that deteriorates remote workers’ mental health. And deprived of other tried-and-tested ways of relaxation, many people reach out to what’s easily accessible – alcohol or drugs. This is the case even if they used substances in a reasonable amount before.

But, what’s even worse, problems with substance use that date back to pre-pandemic times, tend to progress in hard times. And being away from the boss and colleagues makes perfect conditions for hiding the problem for weeks if not months. Team meetings via video conferencing tools may not suffice to trace the subordinate that drinks too much or uses drugs. Everything may seem to be just fine for an hour once a week or so.

More and more companies realize that mental health is something that suffered greatly during the COVID-19 pandemic. And they offer some psychological and mental problem-solving assistance – consultations, or webinars on maintaining work-life balance.

It’s true that working when intoxicated may be especially dangerous in such industries as transportation, or construction. Office workers, however, may also do a lot of harm to organizations they work for. An unsober person may cause irreversible financial or material damage, or self-harm and hurt other people, too.