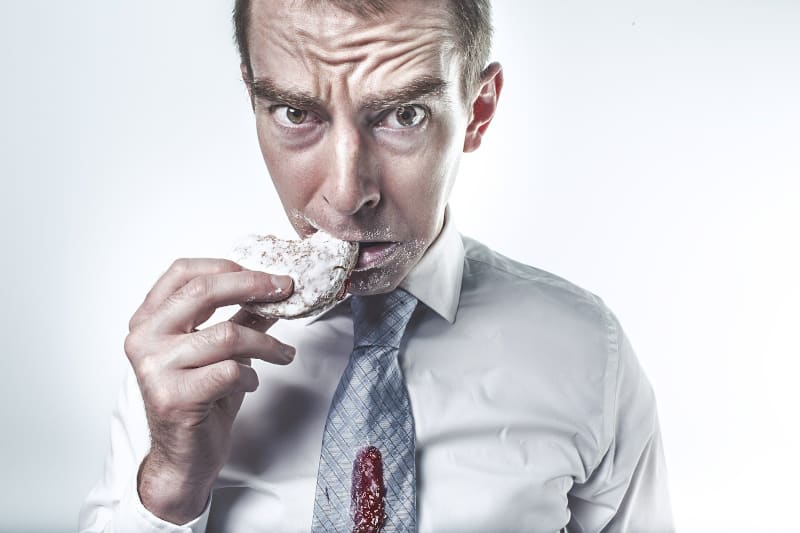 The hiring phase is undoubtedly one of the most important processes in the organization. And, when unprofessional or let loose, it may be full of errors, and glitches. But why do we ever should focus on reducing the recruitment failure ratio, or avoiding bad hires? It’s because they cost companies a fortune. It’s not only a matter of, say, remuneration that we pay people in question monthly. Their presence in the office, even for as little as a few weeks, may have very far-reaching consequences. Some of them include reputation flaws, productivity losses, and morale worsening. On average, about half of new hires fail within 18 months, various researches (as Harvard Business Review) indicate. Interestingly, this applies equally to both managerial and low-qualified staff. Being paid above average doesn’t guarantee meeting the standards, nor does coming from internal recruiting. And let’s add the fact that only 19% of new employees achieve unequivocal success (according to Leadership IQ). Now, the problem seems to be a huge one.

Unfortunately, many people don’t appreciate the power and importance of a professionally performed recruitment process. However, if they’re not farsighted enough, and ignore the facts, they may lose a lot fast. It’s not only that the employer starts to see that the new hire is, in fact, lazy or underqualified. If the new employees are not well-fitted for the position they may quit on their own, too. So it’s important to be true – to yourself, and prospective employees, as well. The hard data should be in use here, and not what we think, feel or presume. We’d better not accept the fact that the newly hired person may turn out to be someone else. That there is about a 50% chance for it. And such an attitude is quite common among recruiters like the failure was something inevitable. This huge uncertainty within the recruitment world should not be taken for granted but significantly reduced.

Recruitment: the role of intuition, first impression, and ignoring the signs

Some people say intuition is what should guide us as it never fails. But is professional life the best area to check it? We’d better replace nagging feelings and unreasonable decisions with a more scientific approach. It’s too risky to hire someone because we feel affection for the person or the Zodiac sign they represent. Also, the facts are that we tend to like people similar to us in a way. Sharing the hobby or university graduated from with the candidate, we may think we’re also both honest and hard-working. Which may not be the case.

Also, we prefer more attractive candidates as we attribute great character traits to them. And we may get manipulated easily by somebody good-looking, and enthusiastic, especially when representing the opposite sex. And interviews’ results are simply not a relevant indicator of how the candidate will perform in the future.

Perhaps it wouldn’t be so if recruiters hadn’t ignored warning signs they receive during those initial meetings with candidates. And the study by Leadership IQ indicated that 82% of hiring managers had negative impressions then but overlooked them. These might have been arrogant behavior, negative comments about former colleagues, bitterness toward prior employers, etc.

These signs are crucial, as it’s the wrong attitude that is the major cause of trouble with the newly-hired. As much as 89% of hiring failures result from it. And only 11% is attributed to the lack of technical skills, the Leadership IQ study shows. And, anyway, the latter may be easily made up for, while the attitude problems tend to persist. These are the likes, as insufficient emotional intelligence or motivation, and inability to accept feedback and modify own behavior.

How to improve the recruitment effectiveness: measurement and hard data

If we make a lottery out of the recruitment phase, we may lose the game easily. The only way to become a winner of the process is to stick to hard data on its effectiveness. We should gather all the facts and figure out what correlations are significant ones. This way, we may shape our future actions based on the most successful results from the past. An agile process design, periodically updated, might be the best tool.

But to use the numbers and figures, we need to know them. Failure rates within the recruiting area are undoubtedly some data managers and CEOs might be interested in. Surprisingly, HR teams gather or analyze them very seldom. The reason may be that those rates are strikingly and unbelievably high. Which is something HR people are not very proud of. Also, organizing new recruiting processes on and on, they simply justify their own employment.

Talking about the new hire failure, we need to define it. Many HR writers indicate 18 months as a critical period for those negative outcomes to show. It may be that the candidate gets fired for cutting corners or decides to quit voluntarily, despite performing well. Also, the underperformer might need a new place, or a department, within the company structure. Other unexpected moves, like taking part in some additional training or corrective programs are also possible. As well as serious trouble like dissatisfied customers, mobbed co-workers, or offended business partners. These may imply serious legal issues.

All these problems have one thing in common: they mean a huge loss. However, the true cost of bad hires is taken into account very seldom. No wonder, since almost nobody counts it! Hiring managers are usually unaware of the financial and operational burden the whole organization has to bear. If they knew, most probably they would put much more effort in avoiding bad hire’s cost.

One thing is sure, it exceeds the sole remuneration expenses greatly. Those additional costs may embrace, also, lack of innovativeness, and progress, and diminishing the company’s image. They involve fraudulent, deceptive actions, like stealing some confidential business information, key data, affecting the company’s future, too.

Bad apples may also be – physically or emotionally – violent towards their colleagues. They may shatter other employees’ morale or the team spirit, affecting productivity, and increasing the turnover rate. The new hire may just be unfitting, in terms of temperament or attitude, to the team, even being harmful. And this may not be tolerable for colleagues.

But when hiring managers make a decision they tend to rationalize it, despite the feeling of regret and dissatisfaction. And correcting it by additional courses, training sessions only add up to the total amount wasted. What to do to avoid it? Managers should consider performing a profound candidate check, perhaps by an external company. Also, hiring an external recruiting company, specialized in finding successful candidates for businesses similar to ours, may be fruitful.

Plus, keep in mind that too long recruitment processes result in letting the great candidates go to competitors. So it’s crucial to keep the best people’s interest right from the start, controlling the whole process. This also means resumes should be chosen more carefully so that only the top candidates are invited for interviews.