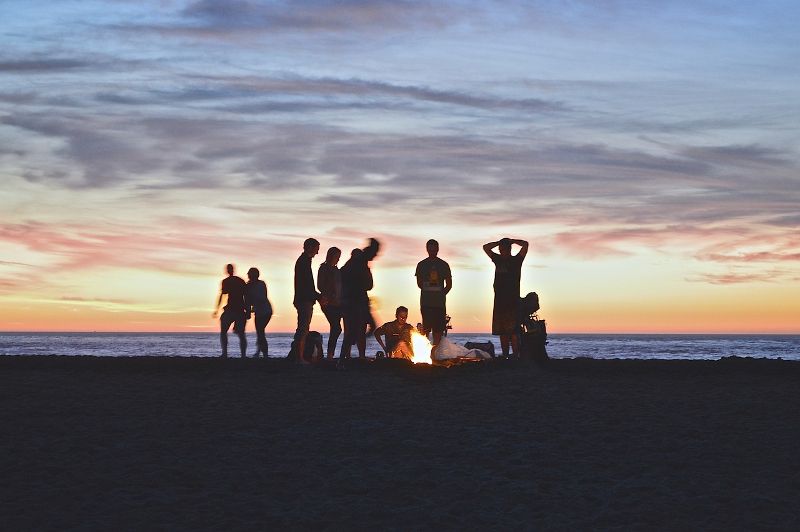 Why and how Poland celebrates the long weekend in May?

People in Poland wait for the beginning of May probably as impatiently as for the Christmas time. The weather is getting warmer, and we’re slowly getting more energetic after dark, cold winter. There are two important holidays in the calendar, the 1st and the 3rd of May, so if you plan everything in advance, you can have about a week of rest from your professional duties. No wonder people want to celebrate those things with a small trip out of town or simply relaxing in the garden and enjoying the sun.

However, it is worth remembering that it wasn’t always this way. It used to be the time of official celebrations supervised by the state and government.

It all began on the 3rd of May, 1791, when the constitution was adopted in Poland. The history of celebrating this day is somewhat complicated: for obvious reasons, it was not celebrated during the partitions of Poland. It returned to the calendar as an official holiday only in 1919 and disappeared once again in 1946 when it was forbidden by the government of the Polish People’s Republic. During that time, celebrating this important day in any way was illegal and had serious consequences.

In order to divert the people’s attention from this date, the authorities decided to start celebrating the Labour Day on the 1st of May in 1950. As the name suggests, the day was free from work; however, people still had to attend and take part in the official parades. Communist party representatives gave speeches that were in line with the popular political idea (praising socialism and criticizing Western capitalism), and people lined up in groups according to their profession. At various stalls, you could buy products that were not available in shops, and after the official celebrations were over, “happy” people had picnics. Everything was perfectly written, directed and acted, which pretty much looked like today’s North Korea.
Thankfully, the times of the Polish People’s Republic and the parades are behind us. The tradition of celebrating Labour Day has remained to this day, but luckily now we can celebrate it however we want.

Even in Poland, not everyone knows that the 2nd of May is also important – it’s the youngest of the May holidays, the Polish National Flag Day introduced in 2004. It is also a celebration of Polish people living abroad. What’s interesting is that in the past authorities of the Polish People’s Republic used it to remove the Polish flags from sight after the celebration of the Labour Day. That way the flags weren’t around on the 3rd of May to inspire and encourage people to celebrate the Constitution. In theory, this is a normal working day, but taking a day off has already become a Polish national tradition.

What people in Poland do during the long May weekend nowadays? Pretty much everything apart from working. Most of us choose to relax at home as it is a time of meeting with family and friends and the barbeque pretty much became a symbol of the long May weekend. Taking short trips is becoming more and more popular – even to such an extent that in some places accommodation has to be reserved at the beginning of the year. You also have to take into consideration traffic jams, lack of parking space and queues in shops and various tourist attractions. Apparently, this doesn’t discourage people who are willing to choose this option, pack the car and go to the Polish mountains or the sea.

You may be wondering how this time looks like in recruitment? This is pretty much a dead period. Candidates leave town and don’t answer their phones, and companies don’t schedule interviews, because there is no one to carry them out. Similarly to Christmas, the recruitment industry in Poland slows down a few days before the beginning of May, and for those few days it stops completely.

Dear recruiters and headhunters – do you happen to work during the long May break or do you use it to relax and recharge?