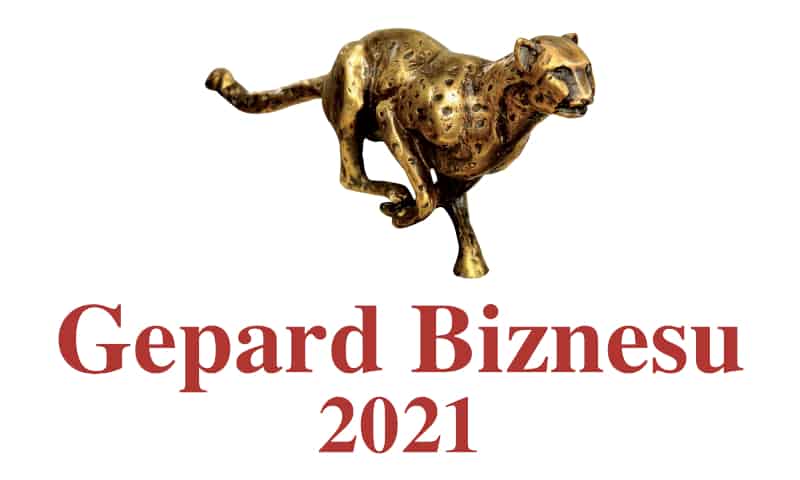 The company is developing dynamically – the average dynamics of revenue and net profit in the years 2019-2020 was 54 percent in its case. This earned it the title of Business Cheetah 2021.

Information about Europejska Firma.pl and the European Business Institute

The EuropejskaFirma.pl portal and the European Business Institute analyse the financial results of companies. Within 15 years, they have thoroughly analyzed the financial results of more than 100 thousand Polish companies. The analyses are mainly based on official and reliable financial data submitted by companies to the National Court Register. This data is public and generally available in order to make economic activity safer. The analyses and rankings help to check the credibility of business partners.

Since 2006. Institute of European Business has been organising the Business Cheetahs Competition. If in the adopted period the average of the dynamics of income and net profit of the examined company is more than 10 percent, it awards it the title of Business Cheetah free of charge.

Since March 2016, this project is protected by the Business Cheetah trademark in 28 countries of the European Union.

It recognizes as an effective company the ratio of net profit to revenue is more than 5 percent. The title of Strong Trustworthy Company is granted to a company which in a given year is simultaneously awarded in the Business Cheetahs Competition and the Effective Company Competition.

Since 2008. IEB, on the basis of data from the National Court Register, has also organized the competition Diamonds of the Polish Economy. This title is awarded to companies whose market value is, according to its estimates, more than 10 million zł.

Since 2012 the institute has been conducting the Great Modernizer of Poland competition. It awards the title to entities whose two-year depreciation was higher than PLN 5 million.

Every year companies apply to the institute with a request to analyze their financial results and assess whether they deserve to be recognized in its competitions.